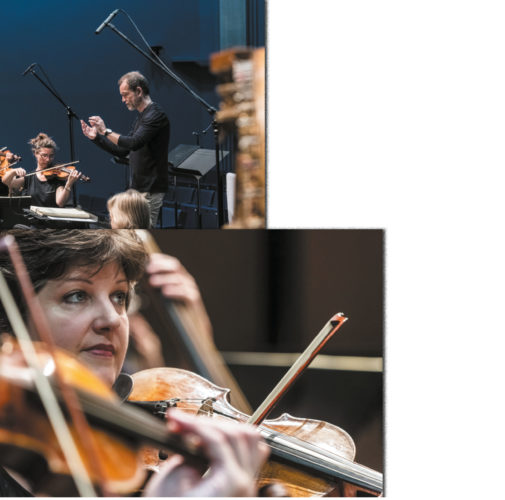 Christophe Rousset and Les Talens Lyriques turn the spotlight on the Germanic classical symphony in this programme, with works by Michael Haydn (1737-1806) and Wolfgang Amadeus Mozart (1756-1791), all composed in Salzburg or Vienna in 1788.

Michael Haydn, not as well known as his older brother Joseph, enjoys especially high repute for his religious music. Nevertheless, he composed more than forty symphonies in the course of his career, spent largely at the court of the Prince-Archbishops of Salzburg, Sigismund von Schrattenbach and Hieronymus von Colloredo, alongside Leopold Mozart and then the young Wolfgang Amadeus, who held him in high esteem.

His Symphony no. 39 in C major (P.31; MH 478), though little known and quite short (it is in three movements), is a splendid work, characterised by the use of trumpets and timpani in all movements, and ending with a vigorous fugato.

This work acts as a perfect introduction to Mozart’s last three symphonies, composed the same year in Vienna during the summer, seven years after the composer’s departure from Salzburg and three years before his death.

The set comprises no. 39 in E-flat major (KV 543), with its slow, majestic introduction, the very famous no. 40 in G minor (KV 550), impressive in its dramatic force, and the triumphant “Jupiter”, no. 41 in C major (KV 551): three works bearing witness to the brilliant skills of a Mozart at the height of his genius.