A keen advocate of the works of Antonio Salieri (1750-1825), Christophe Rousset continues his exploration of the composers operas, having unearthed the manuscript of another masterpiece. In the form in which it was first performed in Vienna on 2 June 1771, Armida presents a perfect synthesis of the Italian and French styles.

Salieri was just twenty years old when he first turned to the composition of an opera seria. He chose to tackle a well-known subject, that of the love between Rinaldo and Armida, borrowed from the epic poem by Torquato Tasso, Gerusalemme liberata, first published in Venice in 1580. The three-act libretto was written by Marco Coltellini (1719-1777), who provided librettos for Gluck, Hasse, Traetta and others. A very dense plot focuses on the intense drama involving just four characters (Armida, Ismene, Ronaldo and Ubaldo). The confrontation between West and East – the Christian Crusader and a Saracen sorceress – found an immediate echo in Vienna, which had in the past been besieged by the Ottomans. The opera was an instant success.

With his Armida, Antonio Salieri prefigured Gluck and his Armide of 1777. The plasticity of his composition, the originality and brio he shows in this avant-garde style, were to ensure his lasting reputation and earn him, later on, his first commission from the Académie Royale de Musique in Paris, for which he was to compose three operas to French librettos, Les Danaïdes (1784), Les Horaces (1786) and Tarare (1787), all of which Les Talens Lyriques have recorded in recent years. 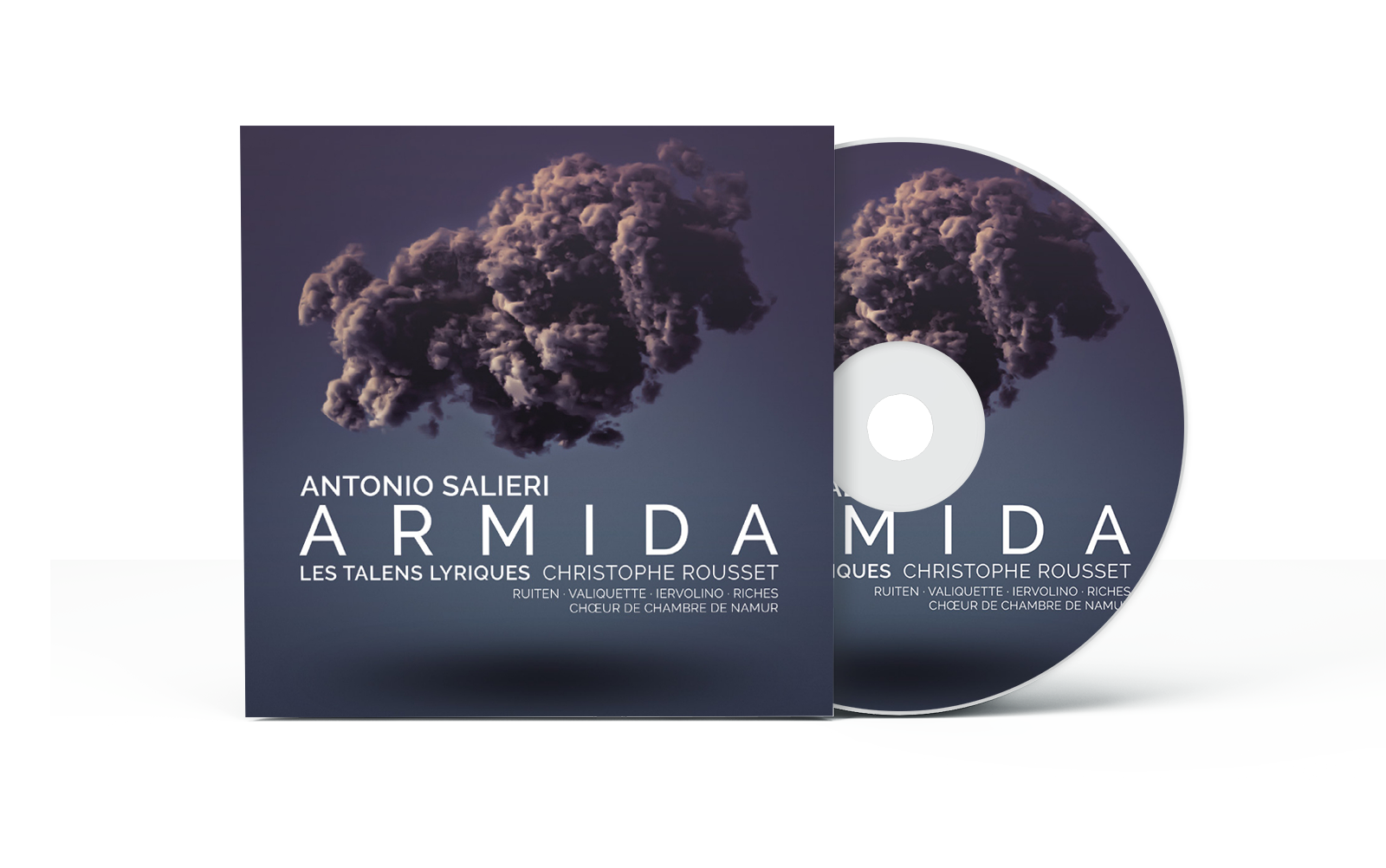 This recording was made possible thanks to the generous support of Madame Aline Foriel-Destezet.